Paviljoni (Serbian Cyrillic: Павиљони, meaning "pavilions") is an urban neighborhood of Belgrade, the capital of Serbia. It is located in Belgrade's municipality of Novi Beograd.

Paviljoni is located in the northernmost part of the municipality of Novi Beograd, on the border with the municipality of Zemun. It borders the neighborhood of Retenzija on the east, Fontana in the south, Tošin Bunar in the west and Zemun in the north. It is bounded by the streets of Goce Delčev on the south, Radoja Dakića on the west, Jerneja Kopitara on the north and Boulevard of Mihailo Pupin in the east.

Paviljoni constitutes a local community (mesna zajednica), sub-municipal administrative unit within the municipality of Novi Beograd. It occupies residential blocks number 7, 7-a, 8 and 8-a. Built in the 1950-1960 period, it is one of the oldest sections of Novi Beograd (construction began in 1948). According to the censuses, local community of Paviljoni had a population of 9,248 in 2002 and 7,900 in 2011. Neighborhood's name is Serbian for "the pavilions". When hydroelectrical plant Đerdap I began to fill its reservoir in the late 1960s, due to the backwater of the Danube, underground waters in Zemun and New Belegrade got elevated and the cellars of the buildings in the Paviljoni got flooded. When Đerdap II was finished in 1984, foundations of the number of buildings got permanently under water. It was only in 2009 that the drainage pipes were conducted underground which bring water into the sewage system.One of the major children's hospitals in Belgrade, Institute for Mother and Child, was built at 6-8 Radoja Dakića Street, in 1959-1960. The building was designed by Radivoj Gibarac. Right across the Bulevar Maršala Tolbuhina, and southern border of the neighborhood, is the Ninth Belgrade Gymnasium. The school was founded in 1961, and moved in its present location in 1964.In May 2011, a green area in Block 8-a was named Lukićev gaj (Lukić's grove) after one of the most famous Serbian children's poet, Dragan Lukić, who lived nearby and died in 2006. Area was reconstructed and new Lombardy poplars were planted. Mini park covers and area of 500 m2 (5,400 sq ft).
This dGuide uses material from the Wikipedia,
released under the Creative Commons Attribution-Share-Alike License 3.0. 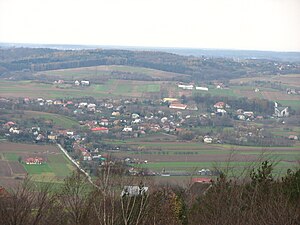 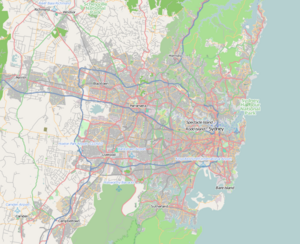